David Arkless was appointed as Chairman of The Board at Joblio, a technological platform for cross-border employment. 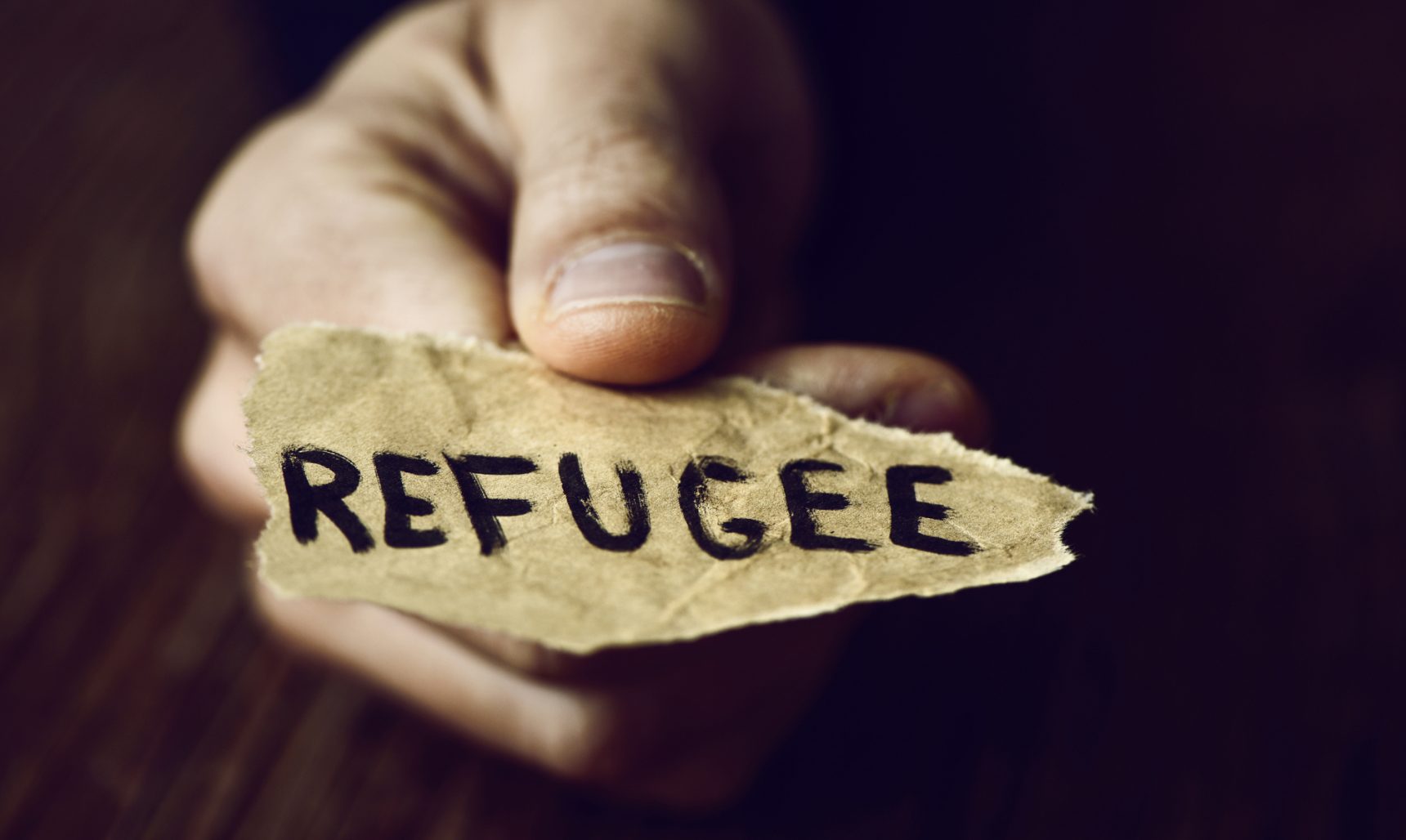 Jon Purizhansky, the CEO of Joblio, announced today that David Arkless will be the Chairman of the Board of the company.

Joblio’s global platform eliminates the need for third parties, and it allows companies to get a more efficient and effective way to hire new workers. It offers a variety of user interfaces that help speed up the hiring process and improve the efficiency of its operations.

Since the beginning of the Russian invasion, Jobilio has helped hundreds of Ukrainian refugees fleeing the horrendous conflict to find employment in Canada, Germany, Romania, Poland.

David Arkless has an extensive experience in the HR industry and is regarded as a leading human rights expert.

As Chairman of the Board of Directors of Joblio, David will lead the company’s global expansion.

The platform is and will always be free for the workers in accordance with the regulations of the International Labour Organization.

With over 20 years of experience in international relations, David brings a unique perspective to the Board of Directors of Joblio. He has worked with various governments and international organizations in the UK, China, and the US.

As the Vice-President of the International Confederation of Private Employment Agencies (CIETT), he has been instrumental in the establishment of international initiatives aimed at fighting against human trafficking and slavery.

He is also a founding member of the California Act and the UK Modern Slavery Act. As Chairman of the Board of Directors of Joblio, he will continue to establish the gold standard of ethical and safe employment.

For over 20 years, David has been a significant member of the global HR industry landscape, and now, as the strategic leader of Joblio’s team, he believes that the company’s technology can help end the abuse of foreign and domestic workers. Despite the various initiatives that have been made to address the issue of human trafficking and slavery, the HR industry still has not come up with an effective global framework to protect workers.

Jon Purizhansky, CEO of Joblio: “David is a recognized expert in the field of human capital management. Joblio managed to tackle an extremely complex operational process of cross-border employment and pack it in a user-friendly experience available on 4 interfaces. Employers in Canada and other countries, that provide employment to Ukrainian refugees, are the pioneers of the ethical employment movement.”

The global labor shortages are putting a strain on the supply chains of companies and organizations. Despite the calls to address these issues, the high churn rates that are affecting the hiring process have prevented employers from finding new workers.

One of the most effective ways to address the issue of labor shortages is by investing in the communities where migrant workers live and work. Through its proprietary program, Joblio is able to provide a more efficient way to recruit and train new workers. The company’s platform is designed to help organizations manage their post-arrival community management.

Joblio’s global platform eliminates the need for third parties, and it allows companies to get a more efficient and effective way to hire new workers. It offers a variety of user interfaces that help speed up the hiring process and improve the efficiency of its operations.

Millions of people around the world suffer as victims of illegal labor migration crimes. 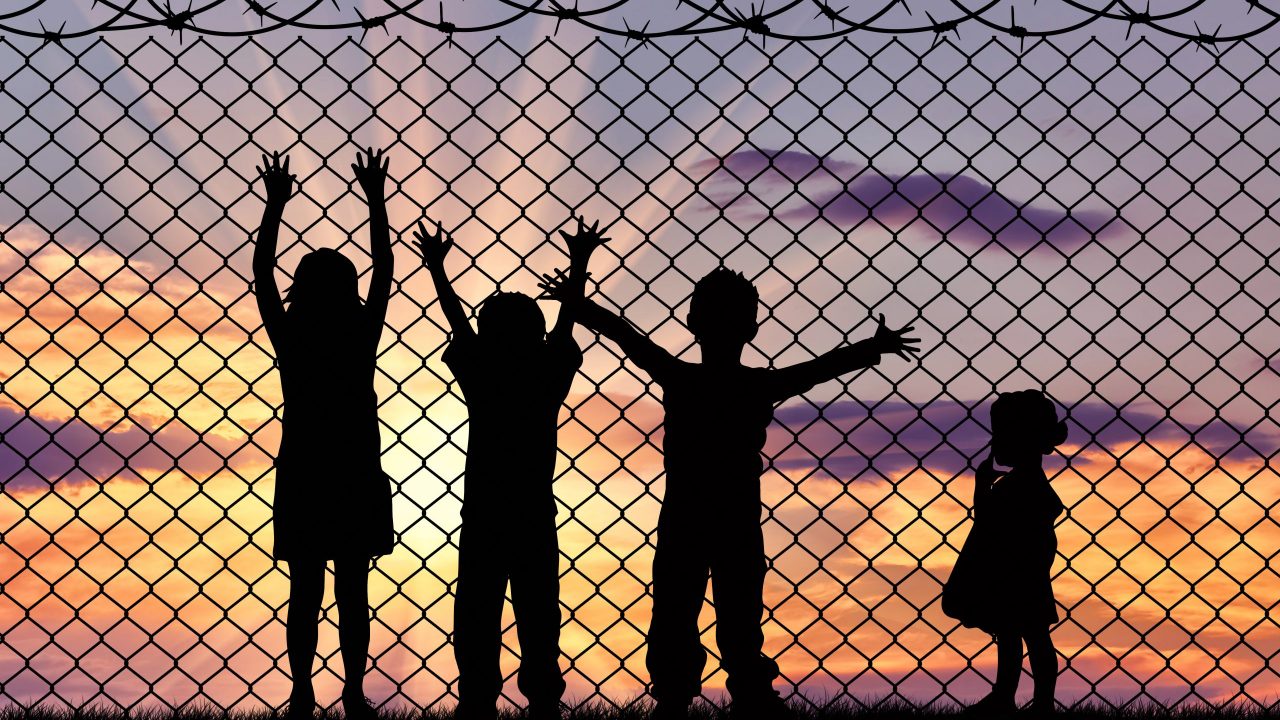 The Russian invasion of Ukraine has caused a wave of millions of refugees, increasing the level of global migration and triggering a humanitarian crisis the world has not experienced since World War II. Meanwhile, women and children, while still the main victims of human trafficking, are now also the main refugee population. The increased risks faced by unaccompanied, separated children are of particular concern. This humanitarian crisis, in turn, may lead to a further escalation of human trafficking.

World Day Against Trafficking in Persons also draws attention to the role of technology in exacerbating exploitation and human trafficking. Information technology is increasingly being used in the current slave labor market: Fake digital advertisements for high-paying jobs with bonded commissions; “adult services” or blatant prostitution, including child prostitution; and other seemingly tempting offers from smugglers are all on the rise. 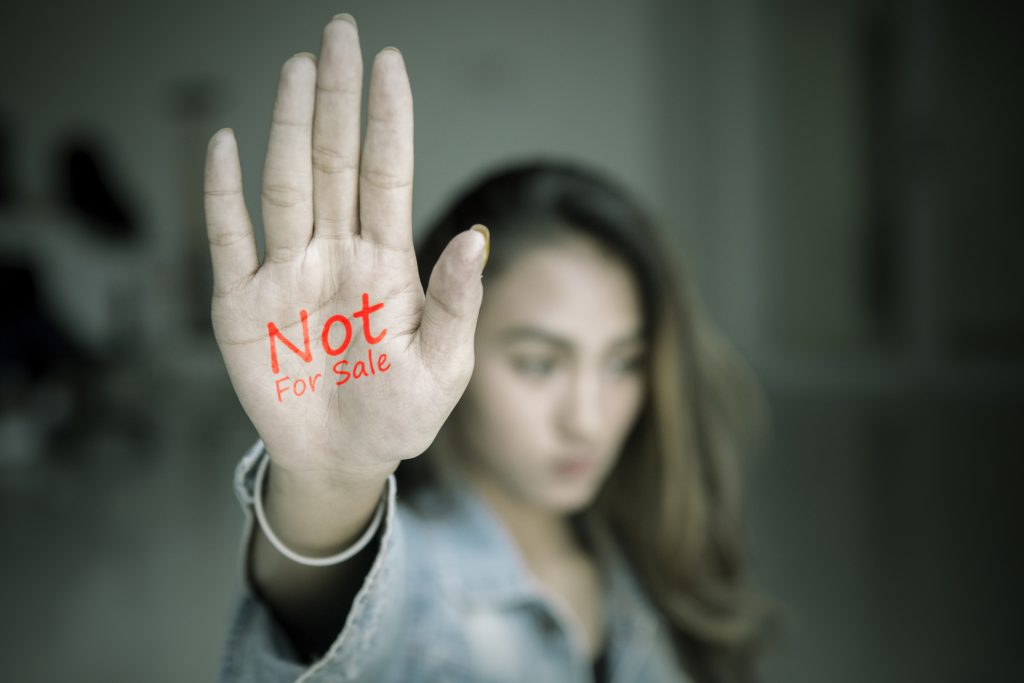 During the humanitarian crisis following the military action by Russia in Ukraine, there has been a frightening increase in online demand for Ukrainian women. Global search traffic for Ukrainian escorts increased by 200-300% in the first three months of the war compared to figures prior to February 24, 2022.

On September 19, 2016, the UN Summit unanimously endorsed the New York Declaration on Refugees and Migrants. This includes a number of commitments, including the full protection of the rights of all refugees and migrants as rights holders, regardless of their status, and the development of responses to large-scale movements with full respect for international human rights law and other relevant standards. Despite this crucial outcome document, the problem of forced labor has not yet been resolved. Moreover, this illicit market is actively developing.

But it’s not all hopeless. Some of today’s technological companies and platforms offer end-to-end solutions. For example, Joblio Inc., founded by Jon Purizhansky and chaired by former Manpower Group president David Arkless, provides the most efficient process for recruiting, training, and retraining migrants for international employment. The company’s unique Applicant Concierge Experience (ACE) program focuses on managing the pre-departure and post-arrival migrant labor community. It helps foreign jobseekers start adapting to their new environments before they leave their home countries. 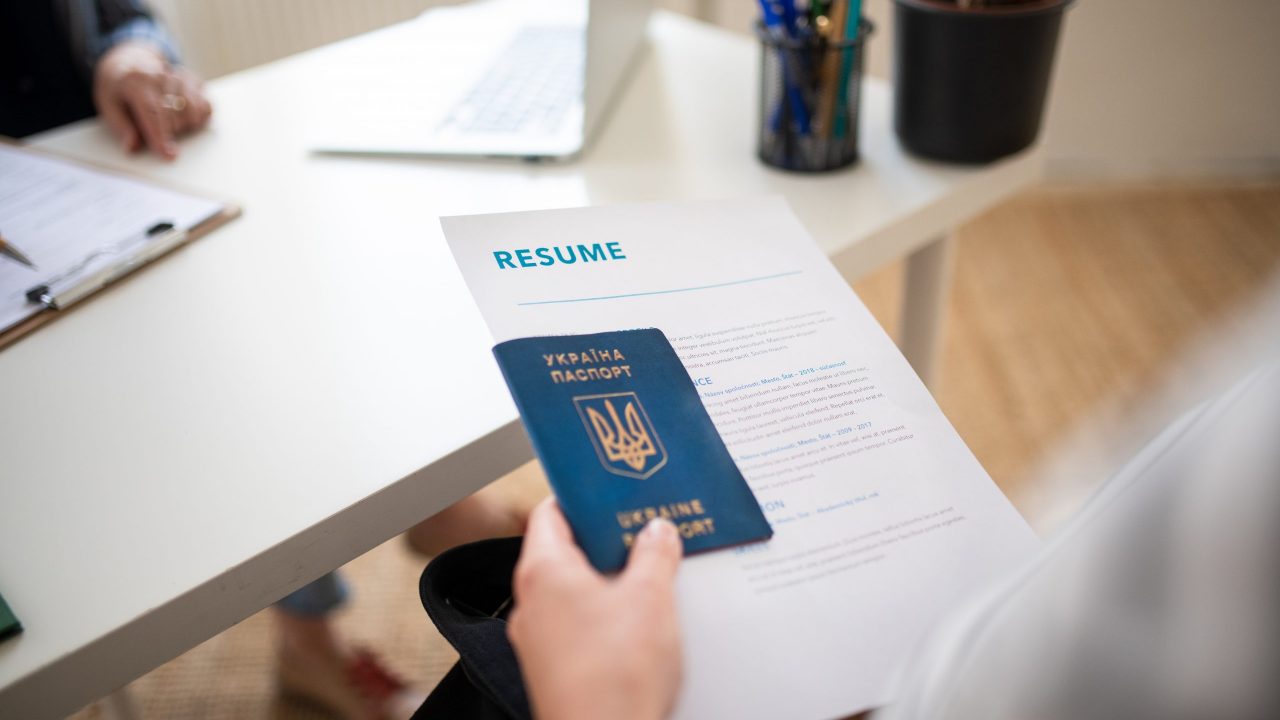 Joblio’s accessible global platform, unlike the opaque and inefficient practices of the current international migrant labor market, removes unethical intermediaries from the process, creating greater economic attractiveness for both employers and employees. Its streamlined and transparent recruitment process results in a faster processing of candidates, higher employee satisfaction, and lower employee turnover.

Mr. Arkless is a former president of Manpower Group, a former adviser at the US Department of State and to various EU agencies, as well as a member of the CIETT board and corporate committee. As co-author of the Modern Slavery Act, he brings personal experience to Joblio’s global expansion: “I have worked with Joblio for many years because I have always seen this company as a solution to the global problem of abuse of migrants and foreign workers,” Arkless said. 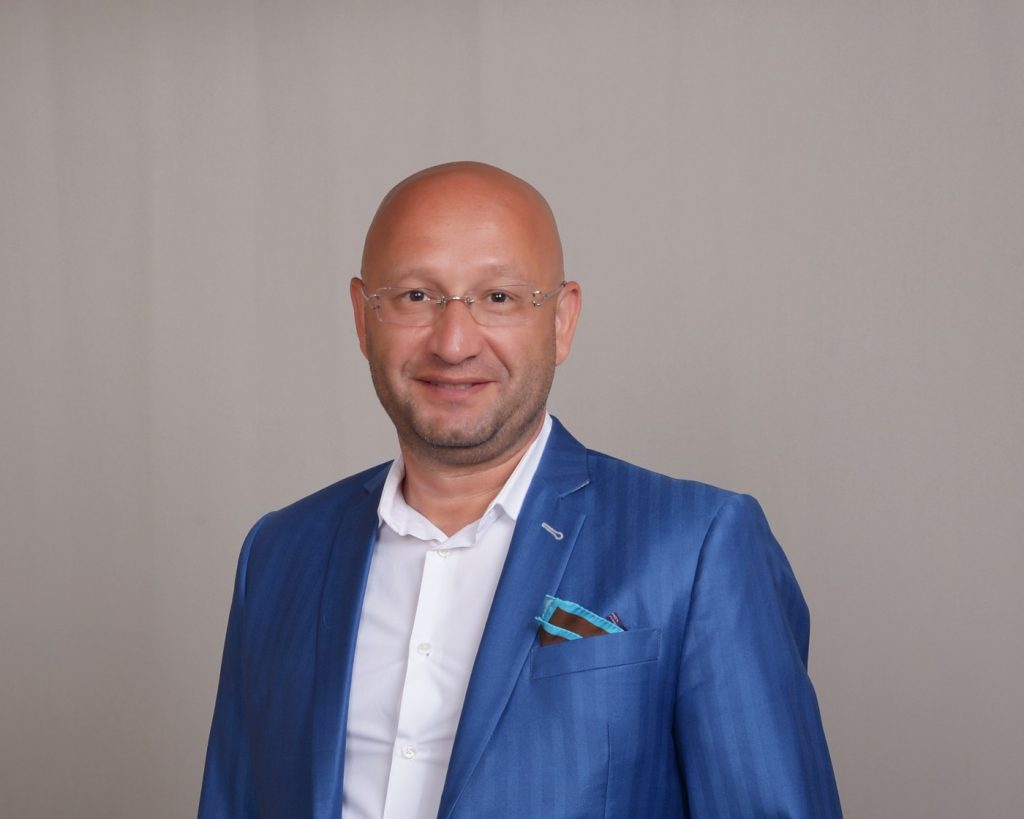 Jon Purizhansky: “We provide the conditions for transparent and ethical recruitment of foreign talent. We constantly ensure that our partners comply with both legal and ethical standards. Our contractual agreements incorporate a clause that prevents any partner or service provider from engaging in modern slavery.”

To learn more about innovative practices from a leading recruitment company, contact Joblio using the contact details below. 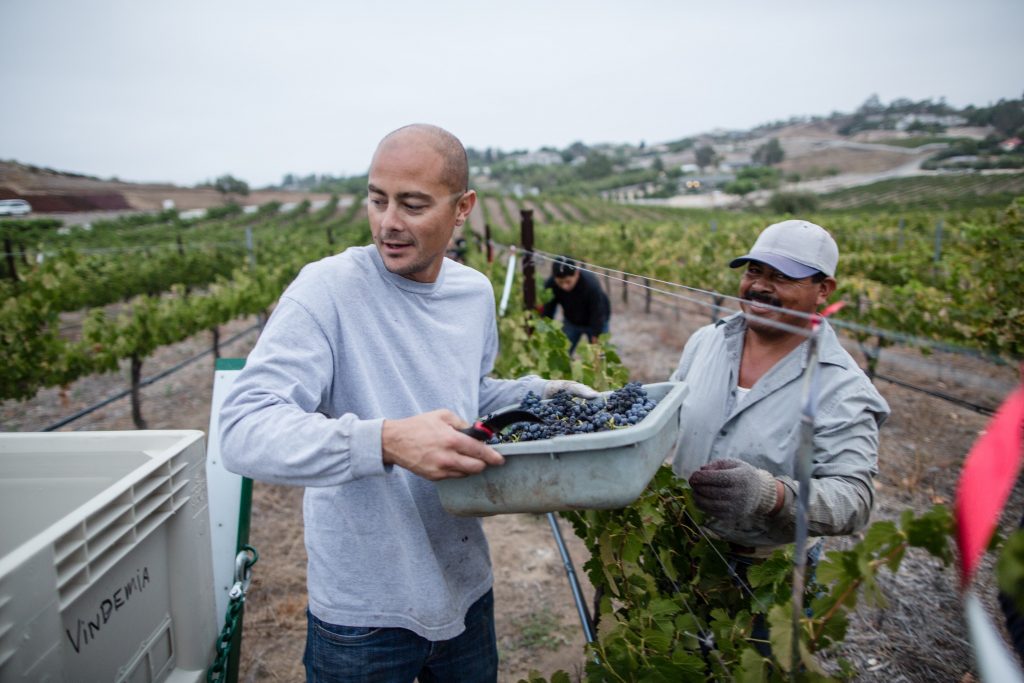