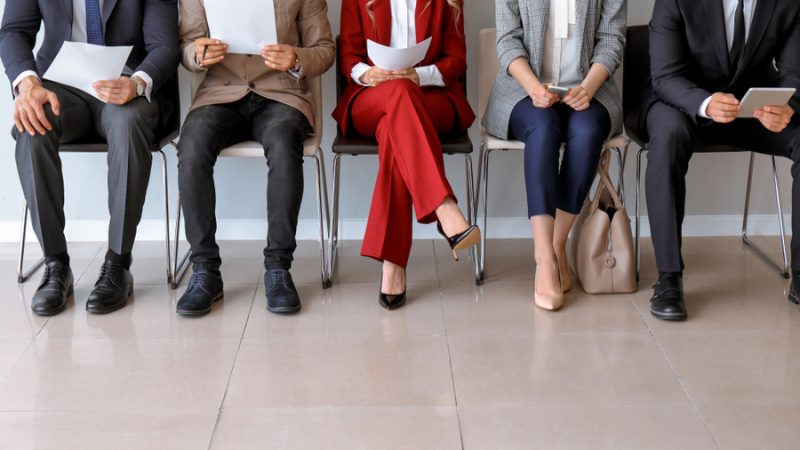 The German workforce is steadily aging, with countless companies looking for workers who simply can’t be found. A range of professionals from technical engineers to bricklayers are in high demand, with many pointing to the robotic efficiency of automation as a solution to this problem. That simply won’t be enough, however.

The simple solution to Germany’s labour shortage is streamlining the immigration process to ensure qualified candidates with valuable skills can join the German economy. Are you looking for workers and a playbook for solving the labour crisis? Here’s how Joblio is making it easier to solve labour shortages than ever before for countries recruiting foreign workers.

German enterprises are already ailing under a labour shortage that’s resulted from demographic shortcomings. One survey discovered that approximately 66 percent of companies, from local businesses to big international brands, are having difficulties finding skilled workers to fill vacant roles.

Fewer than 1/3rd of surveyed companies said they were unaffected by the labour shortage, illustrating the scope of this economic crisis. Certain critical sectors have been particularly hard-hit by this shortage; the German healthcare sector is currently struggling with a nurse shortage that has countless clinics looking for workers who can’t easily be found at home.

“Countries looking for workers are finding it difficult, if not impossible, to solve their labour shortages by turning inwards,” notes Joblio CEO Jon Purizhansky. “They just can’t find the workers they need domestically.”

Yet Germany’s federal employment agency is beginning to rectify this shortage with clever agreements that import more nurses from abroad. This agreement will build off of agencies that already manage the recruitment of healthcare personnel from far flung places like the Philippines.

“Skilled migrants around the world are ready to travel to Germany and help those companies looking for workers,” Jon Purizhansky says. “We just need to open the door.”

Governments And Companies Must Work Together

Solving Germany’s labour shortage with skilled migrant labourers will require the cooperation of governments and companies across the EU. Luckily, there are reasons to believe that senior government officials are already waking up to the reality of this serious labour crisis. Federal Labor Agency Chairman Detlef Scheele has already told the Süddeutsche Zeitung that skilled immigrants are the only surefire way of solving this issue.

“While robots and automation can enhance our efficiency, they can’t make up for talented human capital,” Jon Purzihanksy claims. “Skilled migrants need a streamlined visa process and domestic support to ensure the global workforce remains strong in the 21st century.”

Better domestic training programs and a more comprehensive certification system that validates the foreign credentials of migrant labourers can help solve our crisis. Rather than simply admitting migrants and expecting them to revive the economy, companies and countries across the EU need to foster assimilation plans that help these migrants survive and thrive in their new homes. Additional private and public investment in language training and cultural assimilation will all prove crucial toward solving our labour woes.

We must also understand that countries looking for workers seek skilled migrants in a vast array of industries. German companies are looking for workers and want to hire more tilers, technical engineers, cooks, carpenters, and plumbers, to name but a few trades in high demand right now.

“Skilled migrant labourers often have credentials in their home countries that may not be accepted in Western economies,” notes Jon Purizhansky. “Ensuring that skilled workers who have valid credentials are put into a streamlined immigration process is essential for growth.”

The German economy is no stranger to miraculous recoveries from hardship. We stand at the brink of a new era where companies looking for workers can finally import the skilled talent they need from abroad, but only if we take steps as a society to welcome and assimilate these hardworking migrants into our communities.

German automotive manufacturers, railway operators, and global courier services have already demonstrated that migrant workers can fill labour shortages in vital industries. The enthusiasm and competence that these skilled workers bring with them from their home countries cannot be understated. More than ever before, countries recruiting foreign workers are pulling ahead in the global economy by avoiding the worst effects of labour shortages.

Pulling off a new economic miracle will require the help of innovative technology. Companies like Joblio have already stepped up to meet that need, providing cutting edge recruiting services to countries recruiting foreign workers. By validating the credentials of migrants, certifying their immigration documents and health status, and providing assimilation services after their arrival, Joblio is ensuring that companies looking for workers have a vast supply of human talent to draw from.