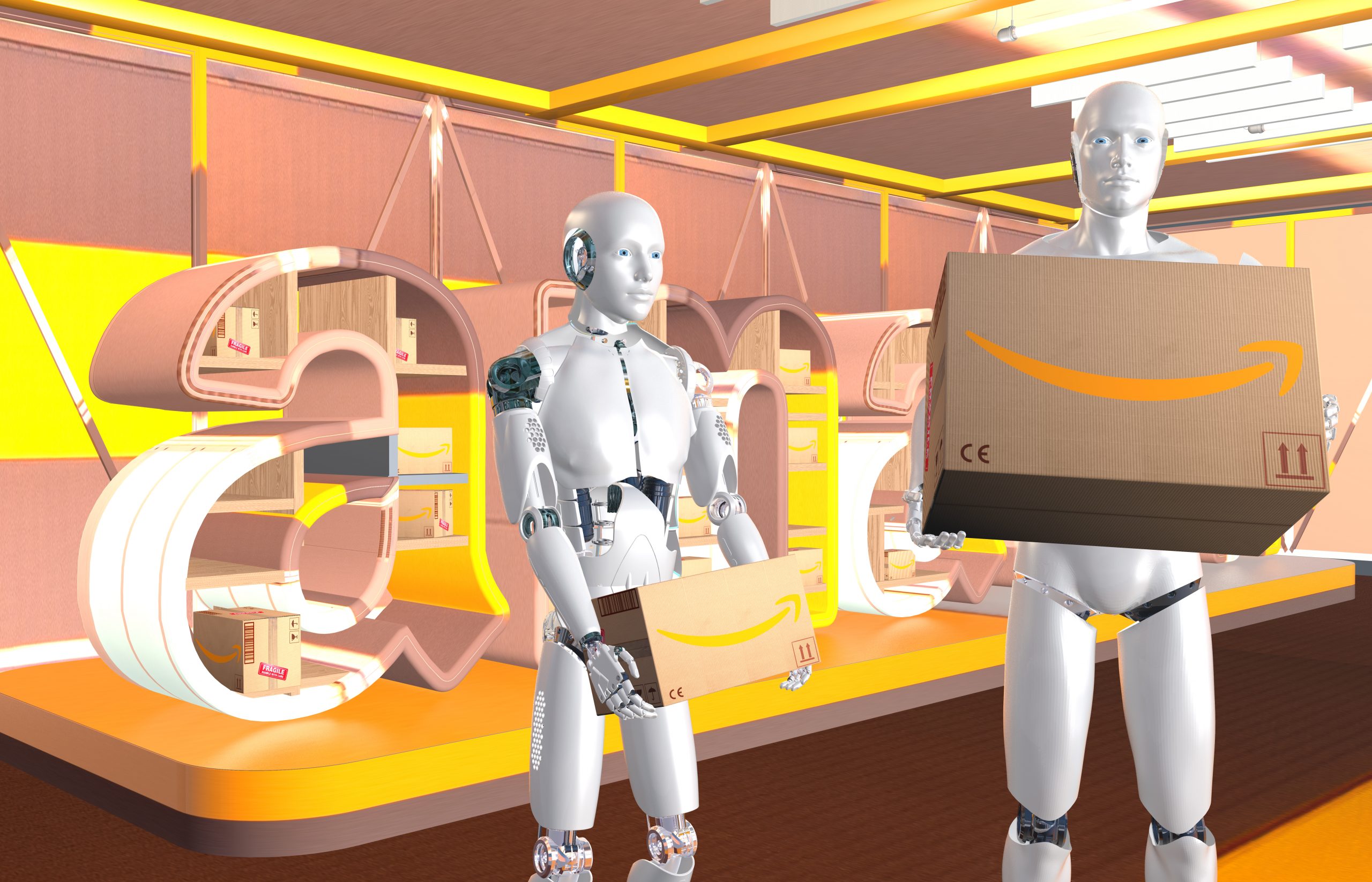 Despite Automatisation, Canada Is Still Experiencing A Staff Shortage

Oxford Economics, an analyst firm, has released a report which reveals that more than 20 million jobs around the world will be replaced by robots by 2030. But according to a study by Craig Lamb, policy advisor at the Brookfield Institute for Innovation and Entrepreneurship, 58% of occupations in Canada have a low or very low likelihood of automation. Robots won’t be able to replace workers in these occupations within the next 10 to 20 years, which is why the problem of staffing shortages remains relevant in Canada. 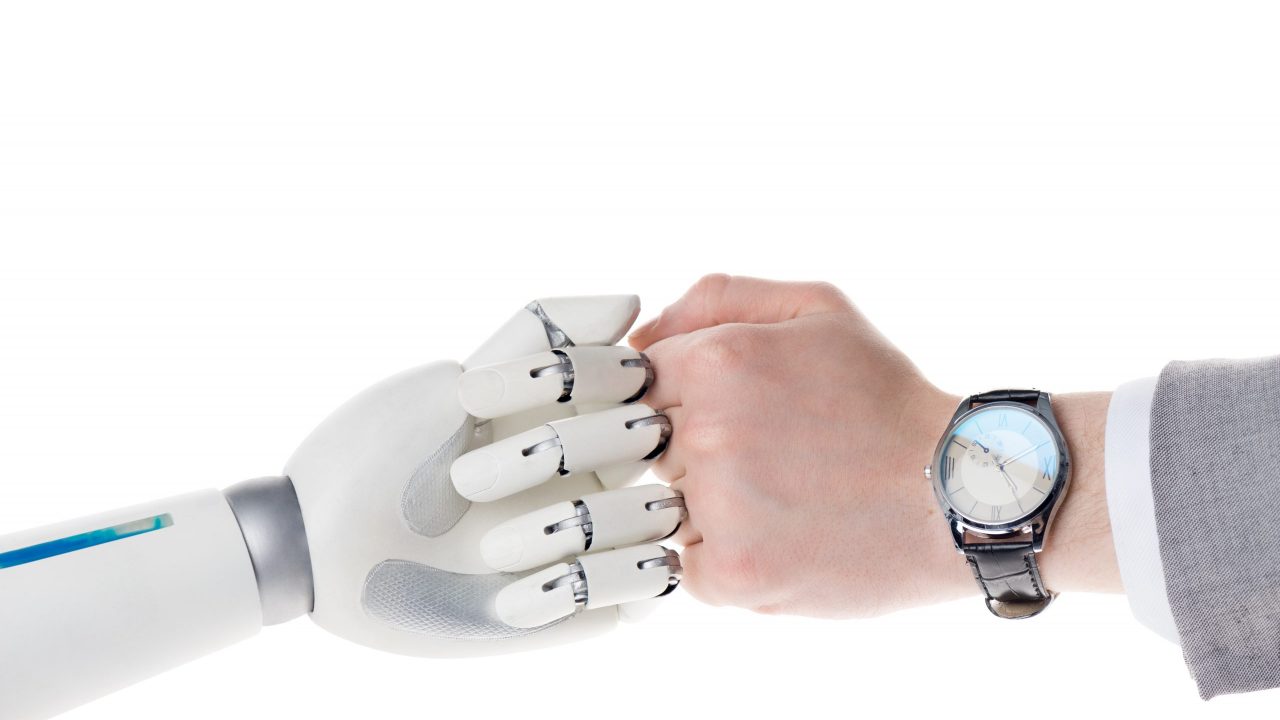 In contrast to the common perception that robots will deprive people of jobs and earnings, analysts at Oxford Economics argue that automation will spur jobs and boost economic growth. That is likely to be the case because any machine needs to be maintained and also needs to be monitored to ensure it’s running properly.

What is job automation?

Work automation is the practice of replacing human labour in the workplace with computerised devices and other high technology.

If you think that robots are replacing manual labour exclusively, you’re not far from the truth, yet technology has advanced so much that it could well be replacing areas of labour that used to require the use of human intelligence.

All these innovations pose a challenge to humanity, which we will discuss below.

Professions where robots are replacing humans 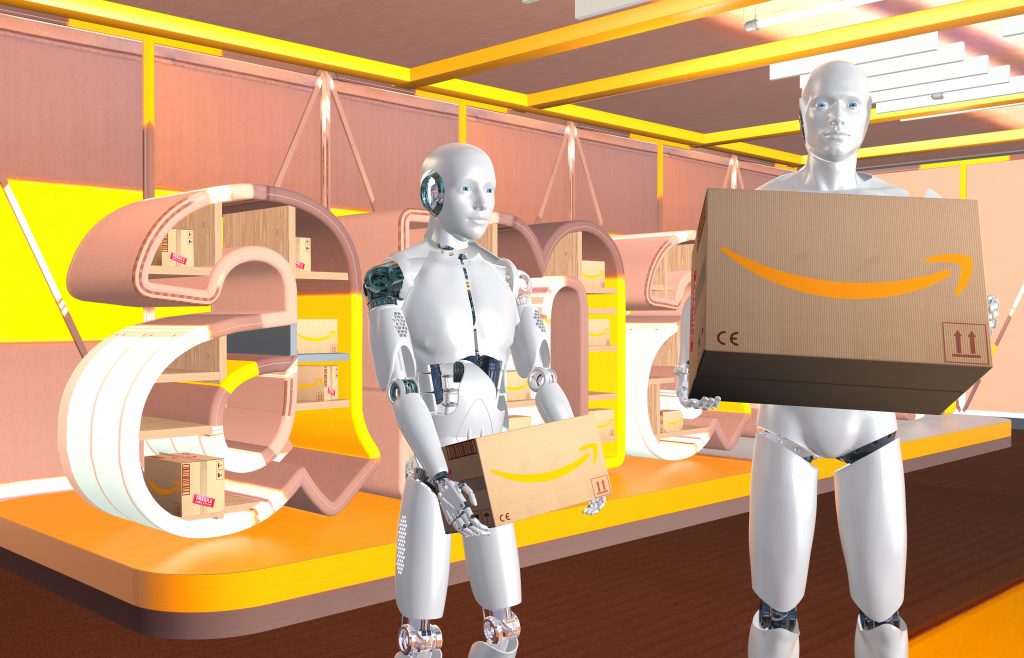 Undoubtedly the area leading the way in robot replacements will be professions involving routine work. But routine work, in turn, is divided into physical and mental labour.

One of the leaders in the optimisation of human resources and robots is Amazon. Already, more than 200,000 robots manufactured by Amazon Robotics work in the warehouses of the world’s largest online retailer every day.

Why aren’t the workers complaining?

In this situation, it seems strange at first glance that workers are quiet and do not express their dissatisfaction. It looks as if everyone is happy with everything. This is due to the fact that the Canadian market continues to face labour shortages despite widespread automation.

Top sectors in need of qualified workers in Canada:

The most common jobs are: refrigeration and air conditioning mechanic, chief chef/cook, and butcher. The national database now offers more than 15,000 jobs, most of which are in Ontario, British Columbia, and Alberta, with an average wage of $15-$15.20 an hour.

“Canada needs more skilled trade workers who have the experience and skills needed for our economy and our way of life. We would like Canadians to choose skilled trades and well-paying jobs when they think about working,” said Carla Qualtrow, Minister of Employment, Workforce Development, and Inclusion of People with Disabilities.

Canada is still incredibly far away from automation in health care and social assistance. Every province in Canada, without exception, is experiencing serious deficits in the health and social care workforce. Health care professionals will also be in demand for years to come.

The best jobs in the trade are construction helpers and labourers, crane operators, contractors and supervisors, welders, fitters, masons and boiler operators.

Canada’s construction industry continues to grow and the number of jobs is expected to increase by 64,900 between 2020 and 2030. Nearly 259,100 people will retire by 2030, and Canada will be looking for skilled immigrants to help fill the growing labour shortage.

With the fast recovery and development of retail trade, the demand for transportation services is expected to be high for many years to come. Goods will need to be delivered in a timely manner, so there will continue to be high demand for delivery drivers and auto mechanics.

Who else is not at risk of losing their job in Canada? 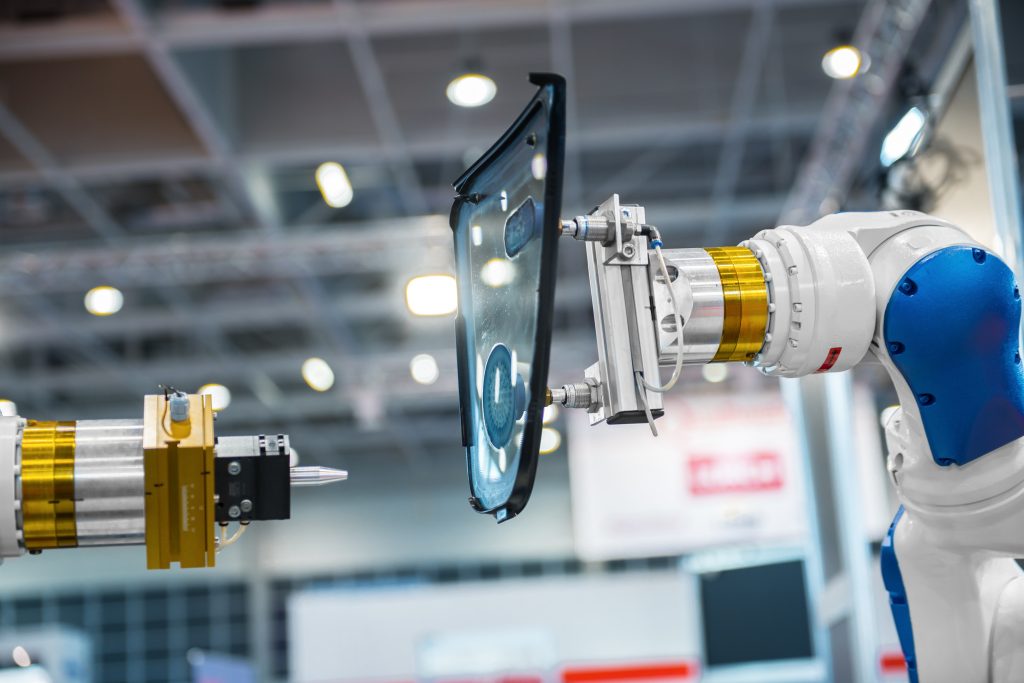 While translators may have to worry about further retraining, other professionals, according to researchers, do not have to worry. These include doctors, nurses, nannies, caregivers, STEM professions, creative professions and business service providers.

Who needs retraining in Canada?

In addition, according to Business Insider, robots are actively replacing people in professions such as astronauts, drivers, soldiers, writers, and sports journalists.

Why do many people not believe robots will replace humans? 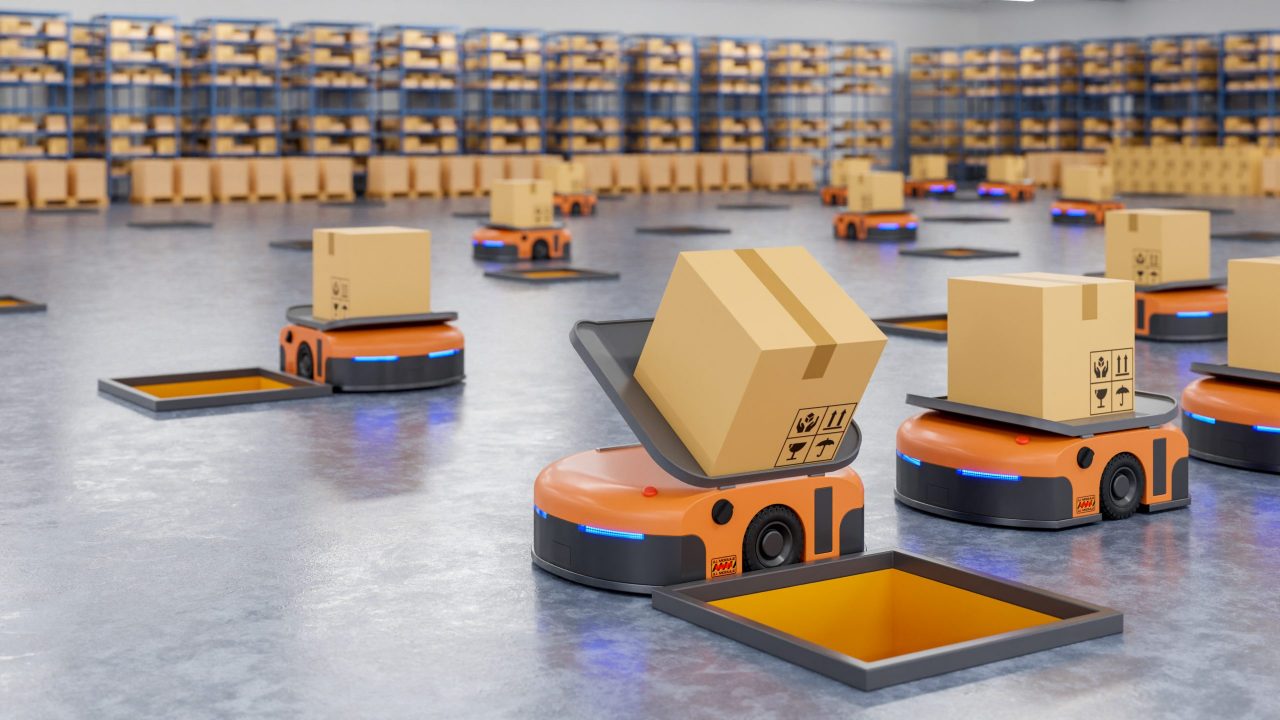 The incredible growth of information technology has not led to job losses. For example, with the advent of ATMs, there are even more bank tellers than in the 1970s, online learning has not reduced the demand for teachers, and digital diagnostics have not displaced doctors.

It is important for people to interact with other people. Robots may be smart, but they are not endowed with sufficient social skills. Between a computer and a human, humans will always choose a human, even though they are technologically literate.

In some areas, professionals cannot be completely replaced by robots. As mentioned above, these are nannies, doctors and creative professions. The fact is that their work often involves making non-standard decisions that cannot be automated.

The number of industrial robot jobs is increasing by 14% every year.

More than 70% of workers want to improve their cognitive and physical skills to increase their job prospects.

The three industries in which robots have replaced humans the most are transportation, storage, and manufacturing.

But that’s just the beginning! By 2030, robots could take up to 20 million jobs.

Generation Z is at the greatest risk of displacement because of automation.

33% of new jobs in Canada are destined for professions that didn’t exist 25 years ago.

The year that robots will replace humans, and whether they will replace them at all, is unknown. However, human competitiveness will always play a big role in the interaction between machines and humans. Many are already actively using technology to improve their physical and intellectual skills, in order to maintain an advantage over competing robots.

The development of AI and robotics threatens the employment of millions of people. At the same time, it is creating new opportunities in industries that still exist.

According to a study by the World Economic Forum, automation will create 133 million jobs worldwide over the next two years.

According to Forrester, globally, 29% of jobs will be replaced, but only 13% will be created.

Despite job losses due to automation, technology is creating new opportunities. In the future, innovation may lead to the creation of new jobs and compensate for the negative effects of automation.

Automation is changing the society we live in and has the potential to disrupt our way of life. 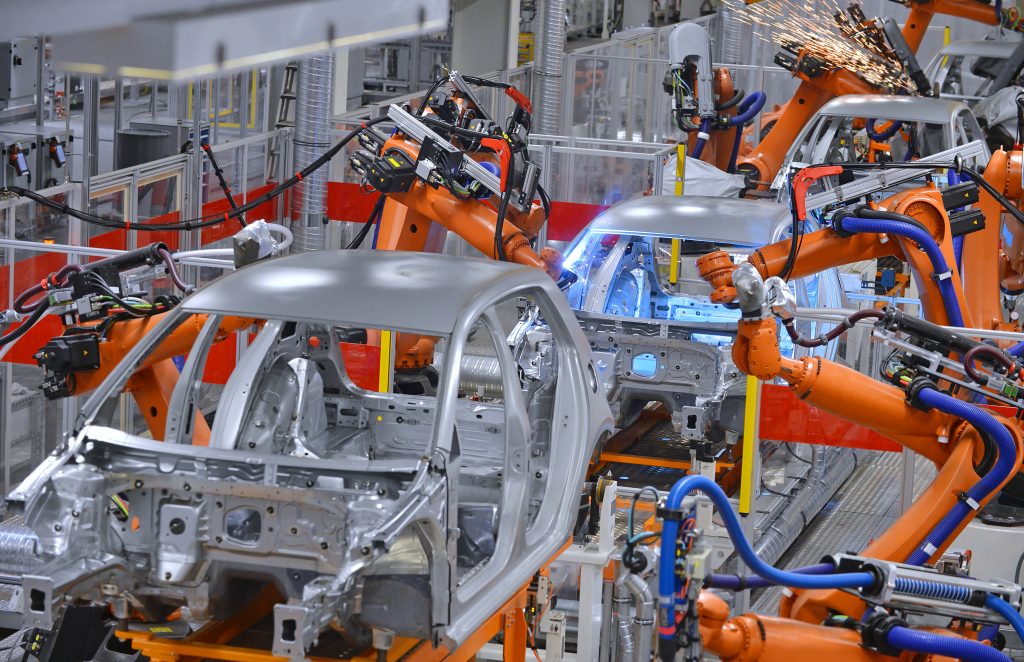 What to do to avoid being replaced by automation

Choose an occupation related to non-routine skills, because this is the kind of activity that is prone to automation. We should all realise that while robotics and artificial intelligence have the potential to cause a global crisis due to widespread job losses, these innovations also offer excellent opportunities to improve our quality of life. Thus, some countries like the Netherlands, Finland, Hawaii, Monaco, the US, Canada, Brazil, India, and Iran have stated the need for unconditional income and have started testing the innovation.

It is unknown whether humanity will be able to transfer all labour to machines and get only comfort, quality, and a stable life without having to work. Therefore, in the context of human-robot competition, the top priority for humans, in order to avoid unemployment or underemployment, is to learn and engage in lifelong self-development.

Joblio is the perfect platform for connecting employers with the top talent in their field from around the world. With our extensive database of professionals, we make it easy for employers to find the perfect candidate for their open positions.

We are here to help. Employer@joblio.co